Students with Disabilities in Higher Education: The numbers in pictures

Dara Ryder is Chief Executive Officer of AHEAD, having previously managed AHEAD’s digital presence and developed a suite of online CPD programmes relating to inclusive practice in his role as Digital Media and eLearning Manager there.

After graduating from Queens University in 2005, Dara joined Dun Laoghaire College of Further Education as a lecturer, where he became interested in inclusive education when working first-hand with students with disabilities in his classroom.  When the opportunity arose in 2008, he joined AHEAD where he has been working ever since on creating inclusive environments in education and employment for people with disabilities.

Every year AHEAD collects Ireland’s only verified statistics on the number of students with disabilities participating in higher education. Each year a survey is sent to the Disability/Access Officers of all HEA funded institutions covering many areas from fields of study to examination accommodation types and the information returned is collated into a written report and an accompanying set of interactive tables, allowing you to interrogate the data as you wish. The following graphics represent some of the key findings of our most recently published report covering the academic year 2013/14.

Students with Disabilities in Higher Education

There are now almost 10,000 students with Disabilities in HE in Ireland representing 4.7% of the total student body

Number of SWDS (Students with Disabilities) grown ten fold since 1994

Number of SWDS in HE by Year 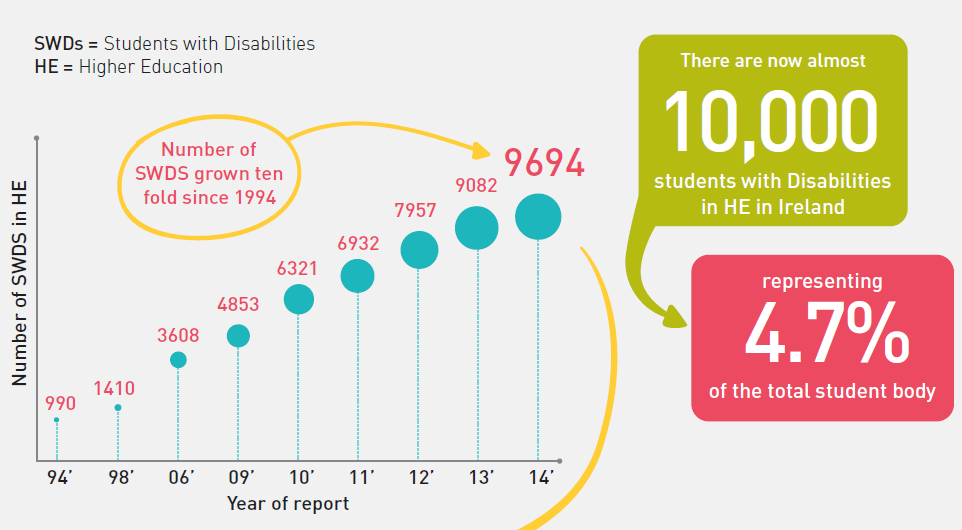 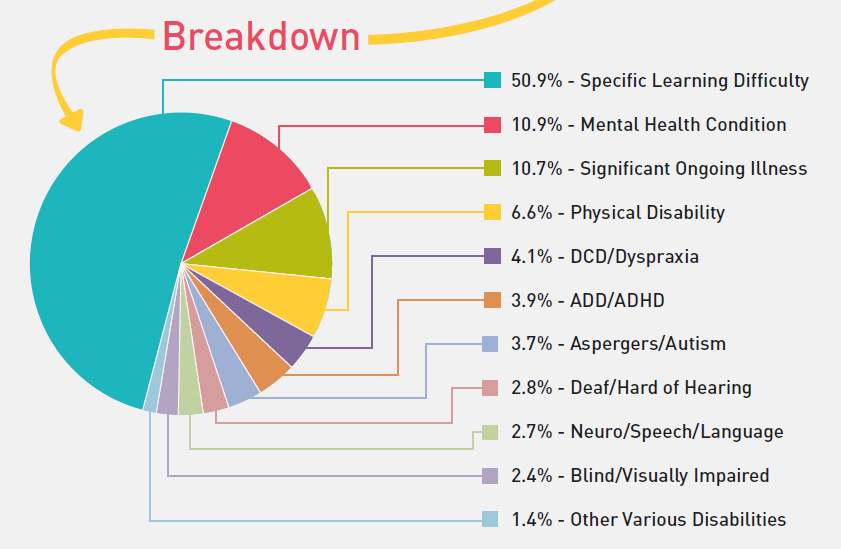 While the total number of students with disabilities is up 7%, Deaf/Hard of hearing is down 6%

To read the full report or play with the interactive tables, visit www.ahead.ie/datacentre. A text version of the data in this graphic can be found here: http://www.ahead.ie/journalautumn15-stats-textversion